Locked in the stocks over an hour ago, Brads back was killing him. Bent over at waist height with his head through one hole and each hand secured in another to each side, he couldn’t stand up. Master R had pulled him into the dungeon room and forced him into the standing stocks and closed them shut then locked them with a heavy-duty, solid steel padlock before patting the top of Brad’s head and walking out without a word.

It only took ten minutes for the cramps to set in and he shifted uncomfortably, trying in vain to alleviate the pain in his back and legs. He was naked of course. Master always made him be without clothing. He rolled his head as much as he could and shifted his feet. God, how much longer would he be left here?

Three minutes was the answer. The door opened with a click and light flooded the room. He hung his head down and stared at the floor. Looking at Master without permission was a big no-no. He heard him walk up behind him and stop. Then he felt Master R’s hand on his ass. He flinched instinctively, then felt a sharp sting as R slapped his buttocks twice.

“Don’t move bitch” He growled in a deep, husky voice
“Sorry Master”
R ran his hands over the ass of Brad. He had always liked his backside. It was smooth, tight and firm and he enjoyed fucking it and feeling its tightness. He squeezed his cheeks and reached between them and pulled Brad’s cock and balls behind him. Brad gasped slightly and bit his bottom lip to avoid making any more noise.

R pulled them upwards slightly, forcing Brad to his tiptoes. He instinctively moved his arms to try to steady himself but of course, it was pointless.
Laughing at his plight, R let go of his junk and Brad let out a sigh of relief and sagged in his restraints. With one hand on his ass cheek, Brad heard the familiar sound of the zipper on Masters leather pants. He heard him rummage around and then steady himself before he felt another hand on his other cheek and then they were being pulled apart to expose his asshole. He steeled himself for what was coming.
He felt Masters thick cock probe his hole before it was shoved in him. He groaned as it entered, stretching his ass wide. Masters cock was about 9 inches long and thick with it. It made Brads eyes water as if filled his ass right up to the hilt. Master groaned with pleasure and cupped his hands on the tops of Brad’s ass.

He began to thrust in and out with powerful motions. Brad could feel the power in it as well as the feeling of the cold leather as it slapped against his skin. His ass was burning as it was fucked by his gay master and the stocks rattled with every movement.
He grunted as Master began to fuck him harder and faster. Quickening is pace, he was really going to town on poor Brads backside. He slapped his cheeks and reached over the top of the stocks and grabbed his hair, forcing his head back

“Oh you like that don’t you bitch?” he said breathlessly
“Y-y-y-y-y-yes Master” Replied Brad, struggling to speak from being fucked so hard
Finally, with a scream, Master came in Brad’s ass with one final savage thrust and shot his thick load of spunk inside him.
He pulled his cock out and steadied himself on Brads back. He heard hi put his cock back in his pants and zip them up. He could feel Masters thick load of real man cum dribble out of his ass and run down his leg. His ass hurt like hell and ached like a son of a bitch but Master simply slapped his cheeks and walked away laughing, leaving Brad still locked in the stocks with an aching asshole and spunk dripping out of him

Master has made me sit and watch other gay men online before as he fucks and stretches my ass, he then makes me beg them to suck their cock and tells them to use me as they want also. 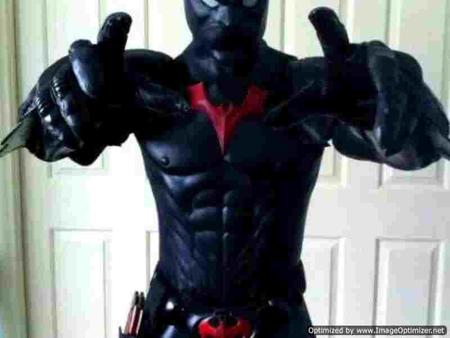 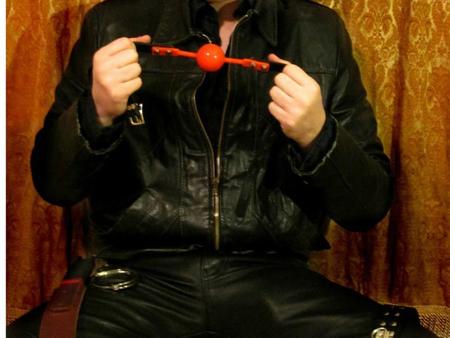